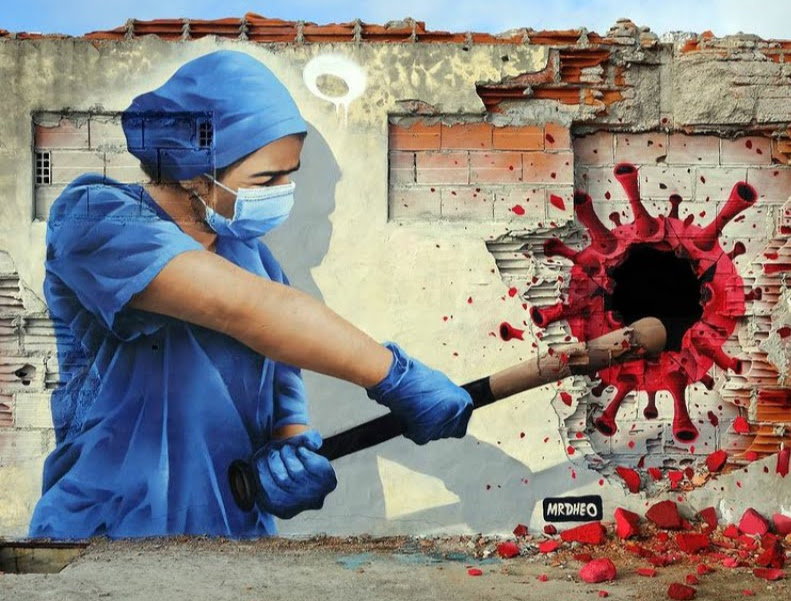 Get thee behind me 2020: A look back in anger at music streaming and a year without live music (almost).

Well, who would have thought 2020 would have unfolded the way it did. Back in January I got myself super organised and had a full programme of gigs in the diary, including a new collaboration with The Georgian Theatre, Stockton – a run of gigs under the moniker, ‘Blues in the Bar.’

Come March the writing was on the wall and one by one C.19 put paid to my cunning plan. In the scheme of things a bunch of cancelled gigs in Durham and Stockton is small beer when you consider that throughout the UK, around 80,000 people have died as a result of Covid so I won’t dwell on my own minor setbacks. Neither am I  going to write something smug along the lines of ‘How Lockdown Taught Me The Meaning of Life’. In short 2020 has been shit not only for musicians but for music promoters, venues, roadies, studios, lighting engineers and everyone connected with making music. However, for those working on the front lines in the NHS it has been hellish and for those who have been personally affected by the pandemic, it has been utterly tragic. My thoughts go out to anyone reading this who has been bereaved by C19.

That said, 2020 wasn’t entirely gig-free, DBTR did manage to put two gigs on this year. On Feb 29 Italian singer-songwriter Franc Cinelli came up from his base in London to play a sold-out gig at Claypath Deli in Durham and the following day he kicked off Blues in the Bar which was close to a sell-out. I saw Franc live in 2019 and have been a fan since. His album Night Songs is a cracker and was my 2019 album of the year.

A good friend of mine – ‘Dr Bone’, owns a studio up in Scotland, he calls it The Washoose as before it was transformed into the high-spec recording facility it is today, that’s exactly what it was. The late great John Martyn did some recording there in the late ’90s, and that’s just one of the umpteen reasons I tend to always respect the good Doctors opinion on anything music-related. I had sent him links to Franc Cinelli’s Night Songs album and to cut a long story short he liked it enough to extend an invitation to Franc to go up to Scotland for a recording session. I was invited to sit in, on the condition I would make the tea/serve the beer. Fine by me, so when covid restrictions were eased early in August Franc and I headed north to The Washoose.

As most of us are now well aware, unless you are a major star with corporate backing, these days recorded music has very little financial value. That is not to say it is free to make music – studios invest in equipment, musicians have to pay for studio time and the production of CDs and/or vinyl can be an expensive business. Even though the costs involved can be restrictive for independent musicians such as Franc Cinelli, they understandably want to record their songs and put them out there for people to enjoy.

For me, the process of recording music is similar to that of a visual artist painting his vision onto a canvas. The artist does not necessarily know if that painting will have any future monetary value but they do it anyway; for the creative release and to see their visualisations come to life. For the most part, like paintings, songs just don’t emerge from a musicians head fully formed, they are sketched and worked on, thought about and built. Sometimes this process can take hours, sometimes it takes years for a work of art to come to fruition, whether that be a musical composition or an oil painted masterpiece. Songs are often tried out on friends and then at live gigs and often evolve over a long period of time before they are recorded and finally considered by the musician to be the finished article.

So, to get to the point – now that the the internet means music has very little monetary value beyond [hopefully] getting people interested enough to buy tickets to see an artist perform live I consider it remarkable that producers/musicians still put so much love and care into their work. That was certainly the case when I had the honour of witnessing Bone, Jamie Graham and Franc create art. I have sat in on several Washoose recording sessions in the past and it never ceases to fascinate me (as a non-musician) how the palette of sonic colour is applied and the layers of sound come together to form a completed track. In my eyes, it is the work of wizards. Sad then that in the 21st century these craftsmen are so poorly rewarded for their efforts which bring so much joy to so many people the world over.

Like a lot of people this year I have tuned in to the #BrokenRecord campaign that has sought to bring to the attention of the public and law-makers the fact that musicians are being totally gouged by the internets big hitters such as YouTube and Spotify.

In July I read on Pitchfork that US Indie rockers Stolen Jars, who have more than 22,000 monthly listeners on Spotify make around $2,000 a year from streaming. Apparently, that amount of annual streaming income is quite high for such bands, in fact, musicians who are signed to labels see at most, half of that! A good example is acclaimed violinist Tasmin Little who has more than 600,000 monthly listeners on Spotify and her recordings are featured on popular playlists like Classical Essentials which has 1.9 million followers. Tasmin said she was paid £12.34 for six months of streaming on Spotify, a period in which according to her statistics her music had been streamed over 3.5 million times.

So, it is clear it’s not the creators who are making anything out of this business model but guess what – Daniel Ek the founder of Spotify is estimated to be worth £3 billion, yes, 3 BILLION. In an interview Ek said that musicians should be looking for ‘continuous engagement’ which suggests to me that he sees musicians as little more than his slaves who are continuously churning out a product in order to add to his 3 bill bank balance. He clearly does not see music as art produced by highly skilled and creative people, he sees it as a commodity that can be easily assembled , factory style and can, in turn be repeatedly fed to the masses.

I despise Ek’s philosophy and I hate that struggling musicians think they have no option but to upload their music to Spotify, otherwise they won’t get heard. Well, here’s the news kids. I don’t go anywhere near it. I listen to the radio (mostly BBC 6 music) and I let people who genuinely love music such as Tom Robinson and Cerys Matthews introduce me to all kinds of great new artists. I buy directly from musicians, usually via Bandcamp and like Franc Cinelli, if I can convince them to get on a train and come up to the North East I’ll try and get a bunch of people to buy a ticket and come out and see them live.

2 thoughts on “Get thee behind me 2020: A look back in anger at music streaming and a year without live music (almost).”